Lots of white florals and greenery were used to create the “English-garden feel” Lacey and Andrew were aiming for on their perfect day. Bold Catering and Design crafted a timeless and romantic setting for the two to exchange vows at Bishop Station late February 2022.

For the ceremony, Bold’s team placed statement bouquets at the beginning of each aisle and lined the aisles with rose petals on either side. The light during golden hour coming through the windows at the end of the aisle made the room feel incredibly magical. Following the ceremony, the same room was transformed into the reception area for dinner and dancing. Bold also installed a simple ceiling installation with twinkle lights – and a fun touch, the lights changed with the pace of the music during the reception!

The bride’s one request was to use tables for the reception that did not require linens…and her wish was granted! The team used large, dark wood rectangular tables that were beautiful on their own. Designer, Autumn Washington says, “Candle light was the most important thing about the design for this event,” This set the stage for romantic mood lighting, perfect for dancing and intimate conversation. Smilax, anemones, pops of ivory flowers and blue sisal were used as it was a winter wedding. 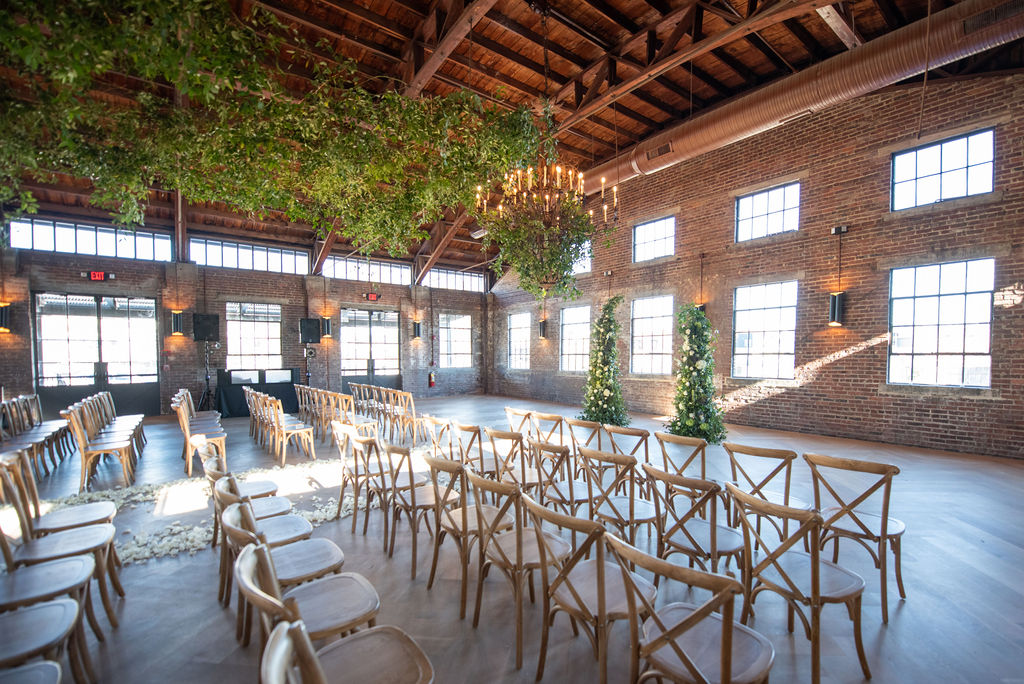 Are you ready to be bold?